The awards were presented during the Chamber’s annual business expo at Camp Stella Maris and recognized downtown business of the year, large and small businesses of the year and most promising new enterprise.

“This is a diverse group of recipients who each carry a deep-rooted commitment to Livingston County as well as a strong unwavering commitment to quality, quality of service, quality of product and quality of care,” said Laura Lane, president and CEO of the Chamber of Commerce.

David Mann Jewelers, a downtown Geneseo fixture since 1953, was named downtown business of the year.

“David Mann defines what it is to be a downtown business in spirit, longevity and really unique and creative marketing,” Lane said. “With his commitment to community ... any community would be fortunate to have such a gem of a downtown store.”

Tom Wahl’s, a popular Avon restaurant that was named large business of the year, opened in March 1955. “It still handcrafts root beer the same as the first bath and hand-presses each Wahlburger,” Lane noted.

Harmony Station Childcare in Geneseo was named small business of the year. It opened last fall after co-owner Amanda Bowes, who has worked in childcare for 12 years, “took a great leap to bring her dream of a full-scale child care facility to reality.”

Lane said Provo’s enterprise, created after the Mount Morris native spent years away from home learning the restaurant and hotel businesses in larger cities, is “a prime example of promise and new enterprise.” He is planning to open a second restaurant in Mount Morris.

“Livingston County,” Lane said, “is certainly fortunate to have such a promising new entrepreneur.”

Matt Cole, president of the Chamber’s Board of Directors, said the four businesses “help their community in many different ways.”

“Without them, there would be a great gap in our county,” Cole said. 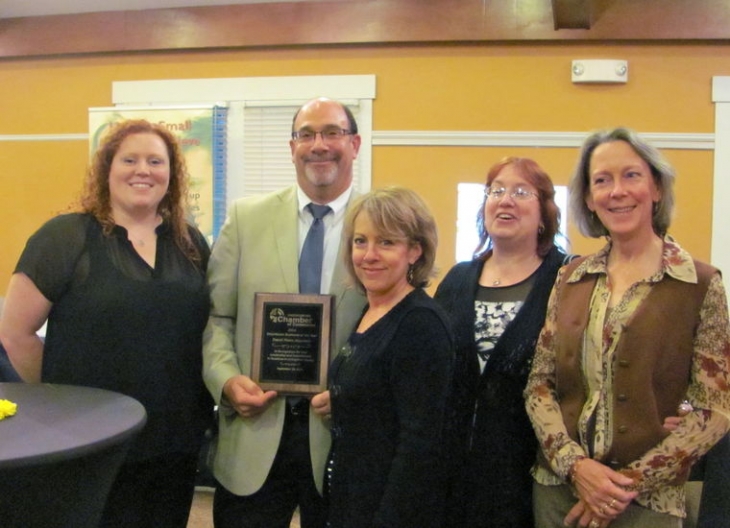